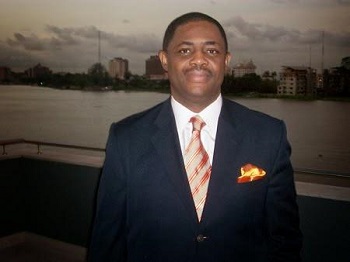 The Peoples Democratic Party Presidential Campaign Organisation (PDPPCO), Sunday, declared as false, media report that the Minister of Defence, General Aliyu Gusau (retd.) said that the presidential candidate of the All Progressives Congress, APC, General Muhammadu Buhari (retd.) passed his Cambridge/WASCE examination in 1961 and that they attended Katsina College together.

In a statement by the Director of Media and Publicity of the PDP PCO, Chief Femi Fani-Kayode, the report was part of what he described as opposition propaganda and desperate bid to cover “the wrongdoing of their presidential candidate whose integrity they have so much flaunted.

“It has been brought to our attention that a number of online publications and newspapers have published a false story suggesting that General Aliyu Gusau, the Minister of Defence, has defended General Buhari on the certificate issue and has said that they attended Katsina College together.

“This is pure falsehood and crass disinformation, and it is indicative of the type of shameless desperation and propaganda that the opposition are now indulging in.

“Not only did General Gusau not attend any school with General Buhari or go to Katsina College but he has also never sought to defend or absolve him in the ongoing controversy about his school certificate.

“We urge the Nigerian people to be very wary of the antics of the opposition when it comes to this and virtually all other matters; and, we encourage them to continue to insist that General Buhari should stop clutching at straws and prove that he is the man of integrity that he claims to be by producing his school certificate.

“Anything less than that is simply unacceptable and all the filthy lies, tricks and dirty tactics in the world cannot help him”.