Yes, Father Christmas is known for bringing goodness and merriment but when it turns the other way round, what can we say? 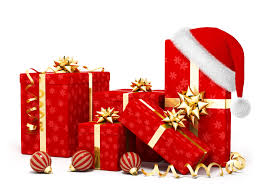 A nursery and primary school in Ojodu-Abiodun area of Lagos state during their end of the year Christmas party encountered what can be said to be an awful father Christmas experience few days ago.

The event which was supposed to be full of happiness and merriment amongst the teachers,students and every parent present at the event turned awry after a five-year-old pupil from the school complained that the Father Christmas dipped a finger in her vagina and blood came out when she went in for her gift.

The odd incident was said to be reported at a police station in the area following which the said Father Christmas was arrested penultimate Friday and later released on bail. He was thereafter mandated to report to the station last Monday.

However, Sun reports that when during the investigation to make up this report, when  the police station where the matter was reportedly handled was visited, the Divisional Police Officer (DPO) denied knowledge of the case, saying that no such matter was brought before him.

However, further investigations showed that the matter was actually reported at that station. A petty trader around the police station made it known that the matter did not involve a Father Christmas, but a Barney brought to the party by the party organizers hired by the school for the event.She explained that it was even the owner of the business that was arrested and not the culprit as he could not be traced after the incident. She said that she knew about the matter when she saw a pregnant woman by her shop (who she claimed was the wife of the man arrested) crying while the man was detained at the police station. Although the woman argued that the man on the run was innocent of the charge, she could not explain why the said offender disappeared following the report.
It was her view that the par­ents of the girl were not telling the whole truth, as they were alleged to have taken the child to a hospital as far as Ogba, in Lagos, for test that would ascer­tain the truth of the matter. According to her, they claimed that it was their family hospi­tal. She believed that the police were in the best position to decide where the test should have been done.

“I know the man that was ar­rested. He runs a party organizing outfit, which the school hired. When people rent the Barney costume, anybody can then wear it. When someone rented it in my compound, it was even my son that wore it. Anybody can wear it. The person who wore the costume during the party allegedly dipped his finger in the girl’s vagina, and then ran away. They have not seen him till now,” she explained

Another respon­dent, a woman who lives next door to the school confirmed the story saying it was actually a man in Father Christmas costume that com­mitted the offence. The school, a two-storey building, is adjacent to her house. She, however, explained that the parties had settled matter.

“They were having the party up­stairs when the thing happened; they have a hall where they hold parties upstairs. But they have settled it.”
She even assured the reporter who she believed was an intend­ing patron, that the school was a very good one. “It is just that one (referring to the incident). I am a teacher myself, and I can tell you that the school is very good.”