No fewer than 983 stolen Permanent Voter Cards, PVCs, have been recovered in Edo State by the Independent National Electoral Commission, INEC, ahead of next month’s general elections.

Making the disclosure on January 23, 2015, Friday, was the State Resident Electoral Commissioner, Mike Igini, during a stakeholders forum held at the National Orientation Agency office in Benin, Edo state capital.

According to the INEC boss, the recovered PVCs were snatched during the distribution exercise in Orhionmwon Local Government Area of Edo State last year.

Igini added that the recovered cards were among the 3,661 PVCs stolen in the 18 polling units in the local government.

He said the commission took delivery of the cards after he received “anonymous calls” about their return.

“I received anonymous calls saying that they were going to return those permanent voters cards. As I speak to you, as of yesterday, we have received a total of 617 from Orhionmwon Local Government Area. That is good news,” Igini said. 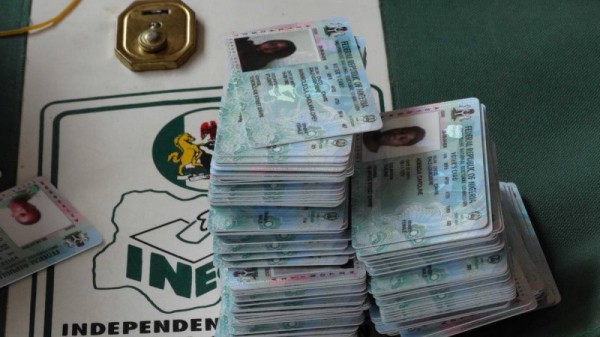 It was gathered that a total of 4,658 PVCs were stolen by unknowns hoodlums during the distribution exercise in nine local government areas of the state.

He called for the return of the remaining stolen PVCs in order to enable the owner to vote for the candidates of their choice during next month’s polls.

The REC noted that the commission was also set to receive 1,426 PVCs from inter and intra state transfers, adding that the process of distributing the PVCs for persons, who took part in the Continuous Voter Registration would commence as soon as the the cards arrived next week‎

He, however, stressed that the challenge facing the commission was not the collection of the PVCs but how to mobilise the over one million eligible voters in Edo to participate in the polls.

He expressed displeasure that non of the political parties in the state had registered their agents with the commission since they were notified a year ago.

The REC explained that a total of 1,861 card readers had been received for the elections in the state and assured‎ the parties that the application of the cards readers would ensure that only accredited voters were allowed to vote.

Meanwhile, Punch reports that the event was attended by representatives of security agencies, civil society organisations, NOA and the National Youth Service Corps, while leaders of the various political parties signed a pact for violence-free elections.