The Independent National Electoral Commission (INEC), yesterday, released the names of 14 presidential candidates and their running mates cleared to contest the February 14 Presidential election in the country.

Out of the 28 candidates, 23 possessed either Bachelor’s degrees or the Higher National Diploma (HND) and above, while three, including the former Head of State and Presidential candidate of the All Progressives Congress (APC), Muhammadu Buhari tendered either the West African School Certificate (WASC) or its equivalent.

One of the candidates has the National Certificate in Education (NCE), while another also had the Nursing and Midwifery certificate.

Six of the candidates, including President Goodluck Jonathan, the presidential candidate of the People’s Democratic Party (PDP), had Ph.Ds. 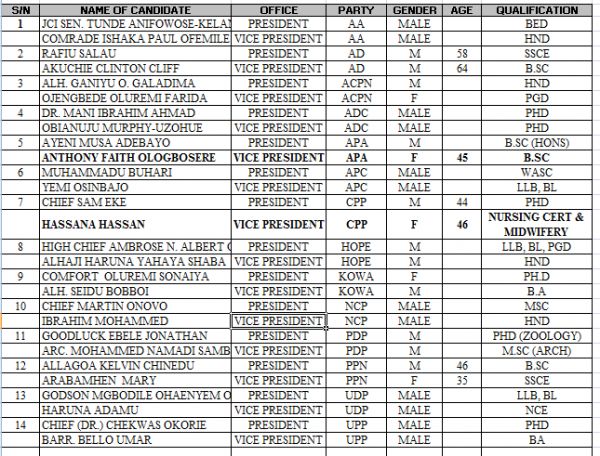