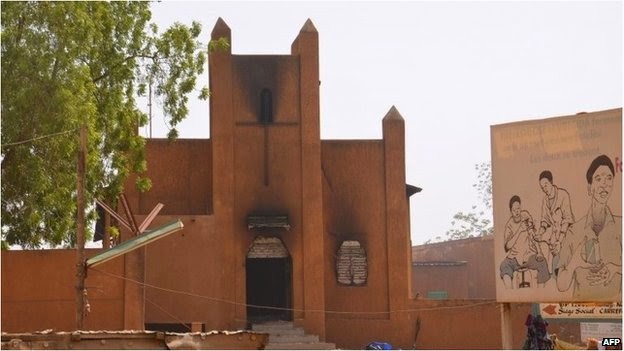 At least two churches have been set on fire in the capital of Niger amid fresh protests against French magazine Charlie Hebdo’s cartoon depicting Prophet Muhammad, BBC reports.

Saturday’s protests began outside Niamey’s grand mosque with police using tear gas a day after at least four were killed in the second city of Zinder.

The French embassy had warned its citizens to stay indoors before now.

Last week, Islamist gunmen killed 12 people at the magazine’s Paris office. Eight of them were journalists, with subsequent attacks in Paris, which killed another five people, four at a Jewish supermarket.

The cover of the magazine’s latest edition, published after the attack, featured a cartoon of the Prophet Muhammad weeping while holding a sign saying “I am Charlie”.

Seven million copies of the edition are being printed in view of extraordinary demand, distributors announced on Saturday. The magazine’s print run before the attack was 60,000.

Many Muslims see any depiction of Islam’s prophet as offensive.

Protests against the magazine were also seen on Friday in Pakistan, where protests turned violent in Karachi, the Sudanese capital of Khartoum and the Algerian capital, Algiers.

People in Somalia took to the streets  today as well.

In Niger, a former French colony, hundreds of demonstrators gathered at Niamey’s grand mosque, shouting “God is Great” in Arabic.

At least two churches were set on fire – similar to Friday’s demonstration in Zinder where protesters also raided shops that were run by Christians.

The French cultural centre in Zinder also came under attack. 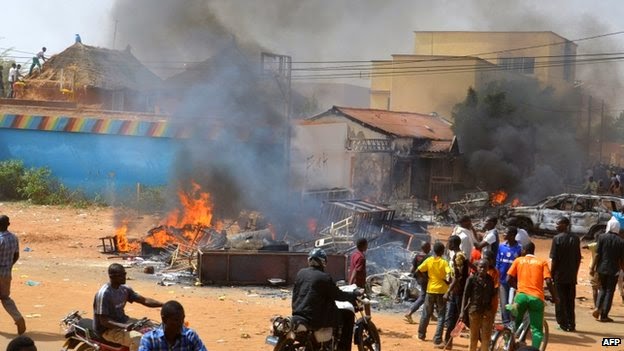 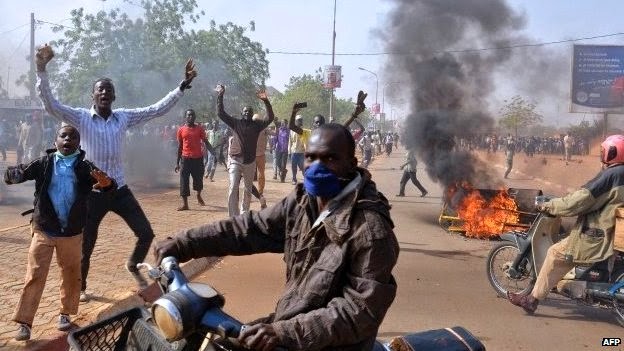 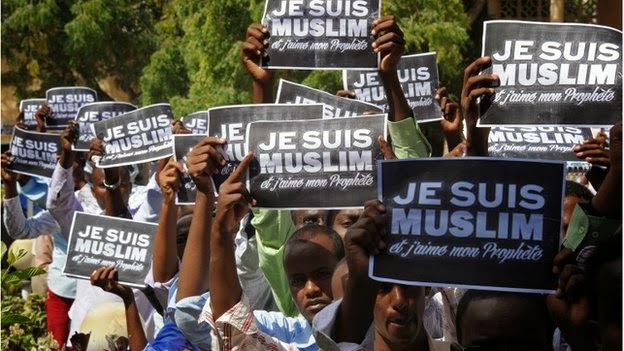