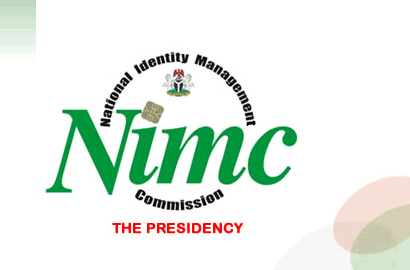 The National Identity Management Commission, NIMC, has advised eligible Nigerians, who enrolled for the national identity number, to collect their Identity Cards (ID) at stipulated centres.

Abdul-Hamid Umar, the General Manager, Corporate Communications of the commission, made the call in an interview with the News Agency of Nigeria in Lagos on Sunday.

According to him, the commission has notified people who enrolled and whose cards were ready by sending text messages.

“Many Nigerians have been enrolled in the national identity data base, though we are far behind the expectation.

“Nigerians, who have received text messages personalised to them, giving information that their ID cards are ready, should come to our centres for collection”, he said.

He said that the appropriate centres for the collection of cards had been stipulated in such messages.

Mr. Umar said that there were some Nigerians who had not come for enrolment in the national identity data-base.

He said the commission was committed to ensuring that every eligible Nigerian was enrolled and issued ID card for identification.

In a separate interview,Titilola Ejiofor, an Assistant General Manager and Lagos State Coordinator of the commission, said that the commission had 21 enrolment centres in the state.

Ojo Army Cantonment, NMC Qourra Apapa and Ijele Campus, Lagos Island are also parts of the centres, according to her.

Mrs. Ejiofor, who expressed satisfaction over the turnout of Lagos residents for the exercise, added that a lot of eligible residents had been captured.

“People have been very positive, they come out each day to be enrolled and we have been given ID cards to them.

“We are opening more centres in the state, we are not just going to stop at the current available centres”, she said.

According to her, a Nigerian of 16 years old and above can visit any centre with valid means of identification such as Driver’s Licence, International Passpor,t and Voter’s Card.

She said documents such as educational certificate, photo identity from recognised educational institutions, pension’s photo ID and photo credit cards, among others, could also be used for enrolment.

Mrs. Ejiofor, therefore, advised Nigerians to come out in the New Year for enrolment, saying that the registration would be a continuous exercise.
(NAN)