Obesere’s Son – “My Father Did Not Rape Her” 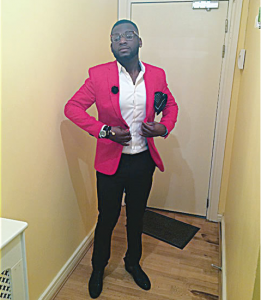 We all remember the rape case associated with Fuji singer — Obesere, and how the lady removed a ring from her inner private’s.

Anyways, Lekan Akande the son of Nigerian Fuji star, Abass Akande Obesere; has come forward to speak on the matter, saying his father who was arrested last year March for allegedly raping a 29-year old female in Okota, Lagos and was later released on bail, never committed the crime.
http://www.airmaxfreedom.com nike air max griffey
In an interview with Punch newspaper’s Saturday Beats, the aspiring musician talks about the effects of the allegations on their family and more.

Read excerpts from the interview below: –

How did you feel when you heard your father raped a lady?

I did not believe the story. My whole family did not believe it and we were solidly behind my father. It did not affect our family. I know my father well and I know that he does not womanize. And then again, he has been vindicated by the police. Even before that, we knew that he was innocent. I understand the entertainment industry and know that such things are bound to happen because there would be detractors trying to tarnish his image. The industry is filled with blackmailers that are out to ruin people’s reputation. My relationship with my father has not changed. I envy the feat he has attained in his career and I hope to surpass him.

But your father is a popular fuji musician, why didn’t you sign on any fuji artiste?

I did not want to be involved with Fuji music because my great-grand father was a Fuji musician same as my father. Two of my father’s younger brothers are also Fuji musicians. I did not toe that path because I wanted to be different and I always think outside the box. I do not want to repeat the things that my father has done, I want to do things my own way. I think it makes a lot of sense to do things my way with the knowledge I have.

What influenced you to float a record label?

I have an event that I host every Friday in Dublin. I had been doing it for about a year when I met Breezy and we started working together. We began doing various shows but I was also collaborating with other promoters in Dublin to bring Nigerian musicians to perform over there. I was mainly into entertainment promotion but I felt it would make more sense to have my label and sign artistes. I really love music but I did not want to become a singer or do something my father has already done. I started my entertainment business in 2013 and when I established my record label, R- Entertainment, I signed two artistes, Beezy and Sajan. We are popular in Dublin but we decided to retrace our steps and come back to our roots to see what we can deliver to the community.

You can read up the rest of his interview here.

It will be recalled that Lagos police arrested a famous Fuji musician, Abass Akande, popularly known as Obesere, for allegedly raping a 29-year-old woman.

Share
Facebook
Twitter
WhatsApp
Previous articleBlind Man Dies After Setting Fire To Himself Using MICROWAVE
Next articleWoman Leaves £1m To Pet Dog In Will, Leaves Nothing To Her Two Sons
- Advertisement -