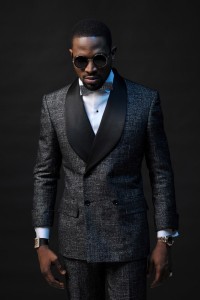 If you haven’t heard yet, the Kokomaster’s 10th anniversary in the Nigerian music scene is this year and it is surely well anticipated.

The event us scheduled to start in Lagos today with a party to be hosted by Amercian model, Amber Rose.

One of Dbanj’s fans just wrote, who goes by the name -Sir Rozlah, just wrote an open letter to the Kokomaster, praising him to the high heavens.

The fan in the open letter regards D’banj as Africa’s greatest entertainer.

Read the letter below: –

DECADE OF GLORY: THE MEMOIRS OF AN ENTERTAINER

Music is a difficult thing to define and individuals have different meanings for this word. However, it is undeniable that music is an art of some sort, a mixture of rhythm, words and acoustics carried through the wind by the magic of the moment in which it occurs. Some people redefine music and by so doing, define an era by their uniqueness, infectious charisma and undeniable passion for this art.

Oladapo Daniel Oyebanjo, is an enigma that defies all attempts to completely define him. You have blazed a trail in the annals of music on this continent and even beyond throughout your scintillating career. It has been a journey of ups and downs, breaking conventions and rewriting the rules in your own style and giving people like me the privilege of watching Africa’s Greatest Entertainer. Perhaps even more astounding is the ease with which you have kept audiences on their feet, blowing their minds away with your unique blend of vocal dexterity and life-based lyrics. Indeed it has been a decade of pure excellence, sheer class and extravagant performances from the Koko Master.

Your rise to prominence is no accident and those who were privileged to listen to you play the harmonica can attest to the hard work, dedication and sheer belief that has catapulted you to the zenith of your profession today. Asides from your undeniable contribution to the musical industry in Nigeria, it is the impact you have made outside the shores of this country and even the continent that stands you out among your peers. From your maiden award at the 2005 Kora Awards to the well-deserved Best Newcomer award bagged at the 2006 Channel O music awards, it was obvious that the trajectory was only going up from there. You kept on turning out hits despite the euphoria of past triumphs and the challenge of surpassing previous accomplishments. It is only fitting that you have a trophy cabinet littered with an avalanche of international, continental and domestic honours to show for your laudable efforts.

Moreover, your status as an outstanding entrepreneur is matched only by your passion for youth development in Africa. The Koko Foundation and the burgeoning ONE campaign are just examples of your foray into the field of selfless service. Every step you take is more than a milestone, signing a lucrative deal with the trendy audio company BeatByDre is more of pace setting as the First African Ambassador of Apple. As Nigeria’s first United Nations Youth Ambassador for Peace, you remain a beacon of hope in this troubled period. There are many ways to describe a man of excellence, a man of many parts, an enigma worthy of adulation and genuine adulation. I stand in awe of your existence as a human being and all you have achieved against the odds. It has been my greatest pleasure to be one of your biggest fans and to dream that one day, I can attain heights such as yours. You have proved that the sun can be reached even if the stars seem closer. I want to say thank you for giving me the opportunity to witness your magic at close quarters. Other men it is said have seen the angels, but I have seen thee and thou art enough.

As you celebrate your 10th Year Anniversary in the Music Industry, may God Almighty make you greater as the well of your favour and grace shall not dry. You shall not fail, or stumble, and may God grant and always replenish your wisdom, knowledge and understanding. Welcome to another decade of multiple greatness. God bless you D’banj.