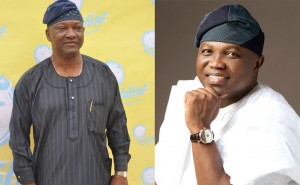 The governorship candidate of the Peoples Democratic Party (PDP), in Lagos State, Jimi Agbaje yesterday expressed optimism that he will defeat the candidate of the All Progressives Congress (APC), Akinwumi Ambode.

Speaking at a rally in Ikeja Local Government Area, the PDP candidate faulted the state government’s failure to pay the N18,000 minimum wage and leave bonus meant for civil servants in the state, promising to ensure prompt payment of the wage if elected into office. 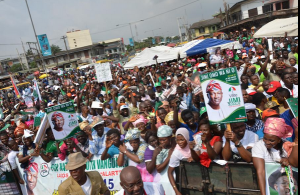 Agbaje also said he would ensure non-indigenes are given a voice in the state. “We have said that the indigenes must live together because the moment you drive away the non-indigenes, Lagos will become a village.”

State chairman of the PDP, Tunji Shelle, who also spoke at the rally, urged the people of the state to cast their votes for Agbaje. “He is well prepared for the job. God has given him all the abilities to govern Lagos State. He is the man God will use to deliver Lagos from the APC.”