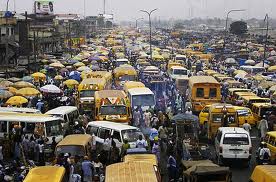 The People’s Democratic Party (PDP) governorship candidate in Lagos State, Jimi Agbaje, has promised to return all lands illegally acquired by the government to the people if voted in the April 11 governorship election.

Agbaje said this on Sunday, at a rally in Ajah, hosted by the Eti-Osa Local Government branch of the PDP. He also promised to pay adequate compensation to those whose lands were acquired for government projects but were not adequately compensated.

“Some of the lands acquired were turned into private property of some officials including the ones designated as cemetery. I will not only take the land and give them back to you but also I will ensure that a Muslim cemetery is created along this road (Ajah-Epe express road).

“Some of these lands were also acquired in the guise of industrialisation but ended up as private estates,” he said, adding that he would take advantage of the aquatic nature of the area to turn their economy around. The turn-around, he said, would translate to an ocean economy capable of transforming the lives of the indigenes.

Also speaking at the rally, national leader of the party, Chief Bode George, said a vote for Agbaje would mean a great deal, to better lives for the Lagos people and, therefore, urged that they should collect their Permanent Voters’ Cards (PVCs) being their keys to being able to exercise their rights of participating in the elections.