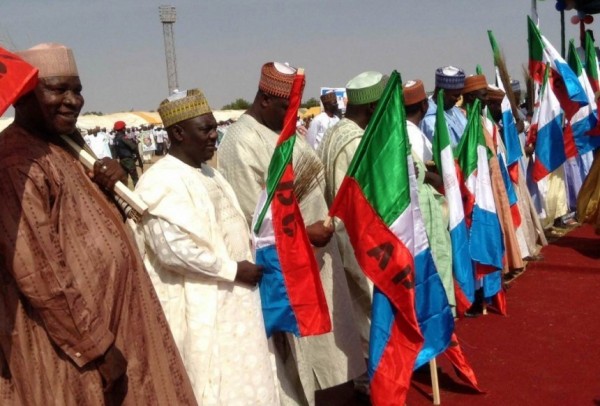 The All Progressives Congress Presidential Council Organization (APCPCO), has asked President Goodluck Jonathan to comment on speculations of plans for an interim government, to avert possible civil disobedience that could scuttle the country’s democracy.

The organisation, in a statement, yesterday, in Abuja by its Director of Media and Publicity, Malam Garba Shehu, frowned at what it called the unholy alliance between the Jonathan’s government, Peoples Democratic Party (PDP) and the military for the purposes of subverting Nigerians’ franchise in the rescheduled elections.

“If the witch cried in the night and the baby died in the morning, it would not be a mere coincidence. Hence, the body of civilized and democratic people around the world believe that the security excuse used by this unpopular government to prolong the polls is untrue and pretentious.

“What type of democracy allows compromising security chiefs to determine when elections would hold or not? Now, the National Security Adviser, NSA, has become the megaphone for this government.

“He went to Chatham House in the UK to call for election postponement which he has now obtained. Next, he claims he would crush Boko Haram within six weeks. What if he can’t?

“Will there be a further excuse to extend the elections and create constitutional impasse? Nigerians are no fools,” APCPCO stated.