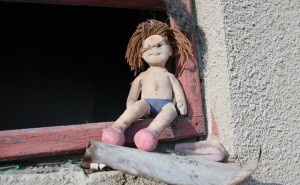 A teen mother has been arrested on charges of murder after allegedly killing her newborn baby and dumping her remains into a river, police in Japan said. Worldwideweirdnews have more:

Fukui Police said that they have arrested the 17-year-old unidentified girl on suspicion of killing her newborn baby girl after giving birth at her home.

According to the police investigation, the girl gave birth to the baby girl in a toilet at her home early on Wednesday morning. She then killed the baby and dumped the body into the Umawatari river.

The body was found by children who were walking to school. The children first thought that the baby was a doll. After realizing that the doll was a dead girl, they called the police.

Police said the girl went to a hospital on the same day, and they waited until she was discharged to arrest her. The girl, who is single and lives with her parents, told police that they did not know that she was pregnant.