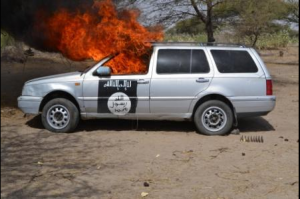 The House of Representatives, yesterday, commended President Goodluck Jonathan for motivating the Nigerian military to be more committed to the fight against Boko Haram insurgency. This, they believed, facilitated the recovery of some towns that had fallen under the control of the insurgent group.

The commendation came when a motion of urgent national importance was moved by Muhammad Tahir Monguno, APC, Borno State.

The House also praised the military for its bravery and steadfastness, noting that in previous months, Boko Haram had nearly over-run Borno State, but today the tide is turning against the insurgents as a result of the gallantry of the soldiers.

According to Monguno, prior to the new offensive, the insurgents had subdued some communities, hoisted their flags in the local government headquarters and subjected the people to despicable norms.