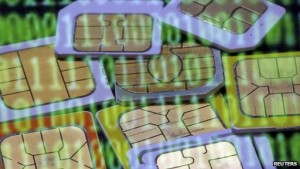 The Dutch Sim card maker at the centre of NSA-GCHQ hacking claims has said that it believes that the US and UK cyberspy agencies did indeed to launch attacks on its computer systems. BBC reports:

However, Gemalto denied that billions of mobile device encryption keys could have been stolen as a result. The Intercept alleged last week that spies had obtained the “potential to secretly monitor” voice and data transmissions after hacking the firm.

Gemalto operates in 85 countries. Its clients include AT&T, T-Mobile, Verizon and Sprint among more than 400 wireless network providers across the world.

GCHQ and the NSA have not commented directly on the allegations. In a statement, Gemalto said it had carried out a “thorough investigation” following the claims, which were based on documents leaked by whistleblower Edward Snowden.