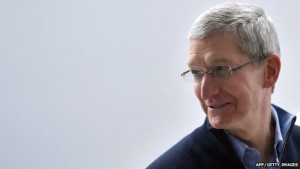 The chief executive of Apple, Tim Cook, has announced he is donating most of his wealth to charity before he dies. BBC reports:

Mr Cook told Fortune Magazine that he would leave his wealth to philanthropic causes but not before paying for his 10-year-old nephew’s college education. He joins a growing number of the world’s super-rich who are giving away their wealth, including Facebook founder Mark Zuckerberg.

Five years ago, billionaire investor, Warren Buffett and Microsoft founder Bill Gates launched the campaign The Giving Pledge. It aims to convince billionaires to give at least half of their fortunes to charity. Mr Zuckerberg and over 100 others have so far signed up to the “moral commitment”.