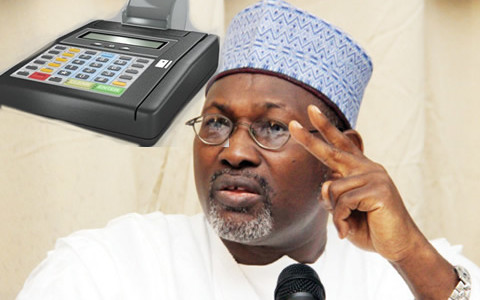 A former Deputy National Chairman of the Peoples Democratic Party, Chief Olabode George, on Monday urged the Independent National Electoral Commission to ensure there are enough card readers as back-up per polling unit in case of failure.

Addressing newsmen in Lagos, George said there was the need for a good contingency and back-up plan in case of failure of the card readers on election days.

He said, “It is brilliant to come up with the card reader. But INEC must come up with two, three or four systems per polling unit as back up instead of saying people will vote the next day in areas where it fails.

“There are millions of polling units across the nation, which means millions of untested card readers for the Permanent Voter Cards. Asking people to come back the second day may lead to chaos.

“We must also envisage what may happen if the machine fails to read people’s cards. All these must be taken into consideration in order to avoid crisis”.

The PDP chief noted that if the cards were swiped and did not work, it could spark off the violence that Nigeria wanted to avoid at all cost.

According to him, the 2015 general elections are very strategic to Nigeria.

George added, “This election will be the first after our 100 years as a nation. We must guarantee that it works.

“Nigeria cannot afford any experimentation at this stage. What I have just explained is logical and not partisan.

“Those making the card reader issue a partisan issue must remember that the nation’s continued unity must come before our individual interests.

“This was similar to the controversy that trailed the postponement of the election. If Nigeria had gone to election on February 14, millions of Nigerians would have been disenfranchised.

“This election will define the future of this country”. (NAN)