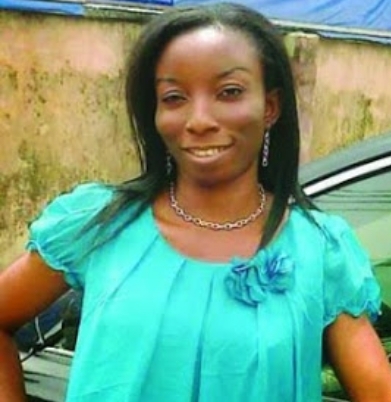 Adekemi Faboro reportedly died after her first meeting with a married man she met on Facebook, according to a report by PM News. The teacher with a primary school in Ogba had met with the married man, one Christopher Ezekiel, online sometime ago and they started an online relationship, communicating on phone and through Facebook messages.

The two later agreed to meet for the first time this past weekend. Ezekiel left his wife and 2 children in Ibadan and traveled down to Lagos where he stayed in Adekemi’s house at a street off Ajayi Road, Ogba.

Trouble started when Adekemi started coughing profusely in the middle of the night. Her concerned neighbors who could hear her coughing came to inquire what the problem was. Seeing that she was not getting any better, they rushed her to the Ifako General Hospital in Lagos where she died.

Ezekiel was immediately arrested by policemen attached to the Pen Cinema Police station in Ogba. Her body has since been deposited at the morgue and an autopsy is expected to be conducted on her to determine the cause of her death.