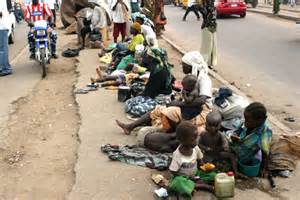 The Nigeria Security and Civil Corps in Jigawa State on Monday said it arrested 41 beggars for seeking alms at mid-night.

The NSCDC Commandant in the state, Muhammad Gidado, said they were arrested in Dutse Local Government Area.

Mr. Gidado said “more than 41 beggars were mopped up from the streets of Dutse metropolis by men of NSCDC during night patrol between the hours 12 to 1 a.m”.

He explained that the beggars were hitherto cautioned by the corps on the dangers and security implication of midnight begging.

“All the beggars picked were earlier cautioned against the security implications of their indiscriminate act of midnight wandering under the pretext of begging for alms”, he said.

“The arrested beggars were already handed over to the Jama’atu Nasril Islam to ensure that they are restrained for their own safety and that of the general public”.