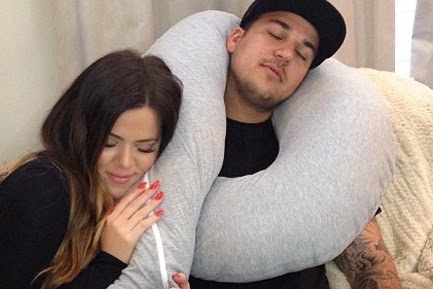 Rob Kardashian, 28,  has been having some kind of crisis for a while now, to the extent that he’s refused to appear in the family’s reality show. And sometimes he acts like he hates his family, especially Kim. Last night, he compared her to Amy Dunne, the sociopath from ‘Gone Girl’ who killed her ex-boyfriend. And following that, he unfollowed his entire family on instagram, including Scott Disick.

About an hour later, he followed the family back, including Kim. Last week, Khloe revealed that her brother is not at his happiest place “I just feel, especially over the last year, Rob has become very introverted and has a kind of social anxiety,” Khloe revealed to Wonderwall in Las Vegas on Friday.

“He’s definitely not at his happiest place that he once was, and I know he can get to that happy place and he will. We all kind of get to a place where you don’t know where to go in life or whatever, so I think it’s important for him to know that he always has people to lean on and it’s not unnatural for people to not know even where to begin. It’s a growing process. I will always be his No. 1 supporter.” she said