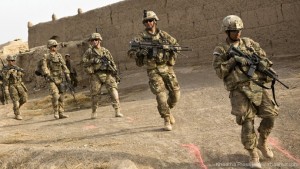 U.S. troops are being pulled out of Yemen Saturday after al-Qaida attacks the country on Friday. UPI has more:

Roughly 100 special forces troops, inlcuding Navy SEALs and Delta Force Army troops, will withdraw from the Al Anad Air Base in Yemen, sources have told multiple news agencies. The United States has not confirmed the withdrawal.

The withdrawal means there will be no U.S. troops remaining in Yemen. Al-Qaida-led attacks in the area on Friday may have inspired the move, but they have been held back by the Yemeni army. The Islamic State also blew up two mosques in the region earlier in the week.

The American troops were training Yemeni soldiers so they can lead attacks against al-Qaida in the Arabian Peninsula, which is based in Yemen.