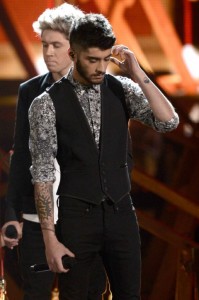 They are arguably the hottest all boy band in the world right now, at least before this new development.

One of the members, Zayn Malik has revealed that he is quitting One Direction, saying he feels ‘now is the right time’ to leave the band.

Malik said: “My life with One Direction has been more than I could ever have imagined. But, after five years, I feel like it is now the right time for me to leave the band.

“I’d like to apologise to the fans if I’ve let anyone down, but I have to do what feels right.”

The band will continue their world tour however, and will go on to release their 5th album later this year.