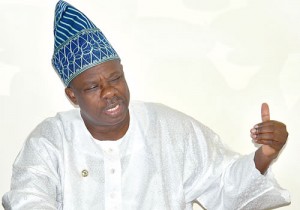 While signing the contract at his office in Abeokuta, Governor Ibikunle Amosun said the project would cover cities such as Abeokuta, Sagamu, Ijebu Ode, Idi-iroko among others.

He noted that when completed, the project will take pressures off the roads as well as open up the cities for further development.

According to him, within the next three years, the Abeokuta intra-city Project would have taken shape.

The project has two phases: one cuts across the entire cities in the state, while the other phase will be for the Abeokuta intra city light rail. The enormous project, the governor promise, will not affect all ongoing roads and bridge projects in the state as they would be completed with the laying of the final asphalt, before the commencement of new projects.

Amosun further said that the intracity rail network that would commence from Abeokuta-sagamu-Ilaro-Ota and Idiroko would be the priority of the State in the next 2-3 years while the intercity network to Lagos and other neighbouring states which may stretch to about 8 years would follow.

Chairman CCECC, Mr. Cao Bao Gang assured of the company’s readiness to work with the Ogun State Government. He said that the intra city Rail network was achievable within three years and the company would also help the state to raise funds for the project.