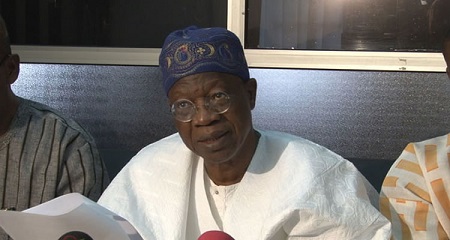 The All Progressives Congress has congratulated Gen. Muhammadu Buhari for his historic victory in Saturday’s Presidential election, while thanking Nigerians for voting massively for the party to bring in a new dawn after a long dark night.

In a statement issued in Abuja on Thursday by its National Publicity Secretary, Alhaji Lai Mohammed, the party said Gen. Buhari’s victory will make Nigeria work again, rekindle hope and bring succour to the long suffering people of the country.

“Nigerians have used their votes to bring change. We hear their message loud and clear: They want a government that works, and will not hesitate to use the same votes to kick out any government that fails to deliver”, it said.

APC also commended President Goodluck Jonathan for the rare sportsmanship he exhibited by conceding defeat and congratulating Gen. Buhari, even before INEC formally declared him as the winner.

The party said by that singular act, which went a long way in dousing post-election tension, the President has snatched victory from the jaws of defeat, written his name in gold in the annals of Nigeria’s history and catapulted himself to a statesman.

APC said it is time for all Nigerians, irrespective of their political leaning, to put the acrimonious electioneering campaign behind them and to forge a united front to tackle the enormous challenges facing the nation.

“The APC-led Federal Government will work for all Nigerians, whether or not they voted for us in the elections, or did not even vote at all”, the party assured.

“Our party will not discriminate against any Nigerian on the basis of religion, region, ethnicity or gender. We are all God’s own people”.

APC said it will also appreciate a virile opposition, because it is indispensable in any democracy that is worthy of that nomenclature.

“Having been in opposition ourselves, we know what it means to keep the government of the day on its toes with very robust and constructive criticism, and we expect no less from those who have swapped places with us”, the party said.

It commended the media for staying true to its constitutional watchdog role, saying without the support of this Fourth Estate of the Realm, Nigeria may neither have enjoyed democracy nor sustained it.

APC thanked ECOWAS, the African Union, the EU, the UN and the entire international community for their support for the country’s democratisation process, describing as invaluable their role in the success of the ongoing political transition.