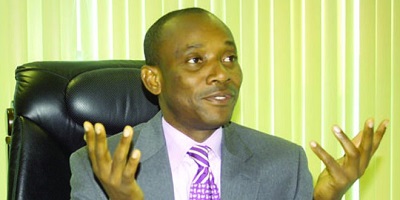 The chairman, Nigerian Electricity Regulatory Commission (NERC), Dr Sam Amadi, has said that there is the possibility the power sector privatization carried out under the outgoing administration of President Goodluck Jonathan could be undone by the incoming government of General Muhammadu Buhari (retd.).

Amadi, who stated this during an interview in his office in Abuja yesterday, in response to the question whether such was possible, said: “Everything is possible; there’s no impossibility with government to, through due process or through extra-legal actions, reverse any policy or decision”.

He further explained that every government is at liberty to decide what should be its dominant economic philosophy, just as he pointed out that whatever philosophy adopted will definitely have a trickle-down effect on other policy areas, especially a sector as significant as power.

“To undo privatisation could mean using the existing framework to rewind; for example, there are clauses in the agreements signed by the Distribution Companies (Discos) who bought the assets, of things that could happen in which they can pull out if they are no longer satisfied, or which government can pull out with cost.

“So from a legal point of view, there’s due process for undoing. The other one is extra-legal, maybe, some kind of nationalization; it’s still theoretically possible in today’s world for government to nationalize privately owned assets”, Amadi explained.

However, such decisions, he noted, may be followed by consequences some of which can be financial or legal, with some possibly having serious fundamental impact on the economy and social wellbeing.

Speaking further, the NERC boss maintained that from his understanding of the two major political parties – All Progressives Congress and Peoples Democratic Party – their policies are in line with the framework of the national electric power policy issued in 2,000 by the PDP-led government, which is clearly premised on privatizing and securing the financial viability of the sector as a way of improving power supply by sustaining investments.

“The national electric power policy is a sound policy but can be reviewed; that will mean there are certain things we didn’t factor. Year 2,000 to date is over a decade, so there are new insights as to how things should work. We have seen how institutions work or fail to work and this means that there’s nothing wrong in government reviewing the reform process in terms of going back to the founding documents and doing some forensic.

“Find out what policies have been completed, what are we learning from the already undertaken process? How do we make the process better and what should we not undertake? It’s not just about undoing privatisation because privatisation in itself is not a problem”, he said.