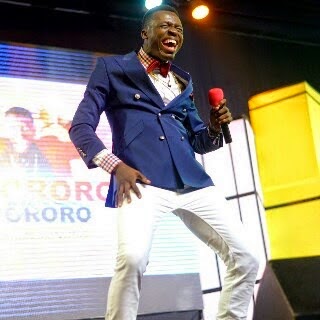 Here is the content of the joke that Akpororo is apologizing about:

“I was travelling in a bus and saw a girl in the same bus. I was trying to ask her out but she didn’t agree. Soon, armed robbers stopped the bus, collected all our valuables and asked me to strip.Then they pointed a gun at the girl and asked her to strip too. Then they ordered me to have s*x with her from behind at gun point. At the end, I enjoyed it so much that I started saying thank you to the armed robbers.”

Many say the joke was in bad taste and he has dropped an apology. Read his words below: 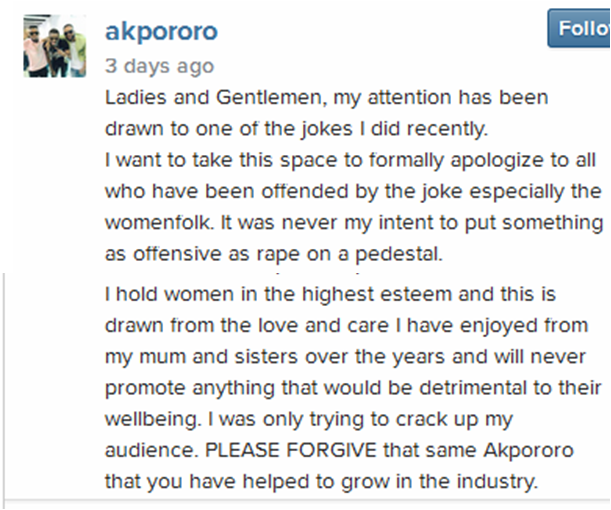