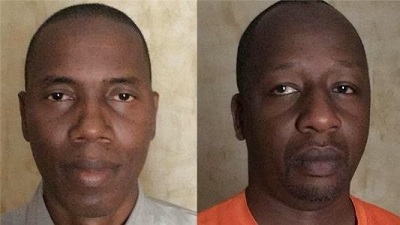 The two Aljazeera ‎journalists, who were detained by military authorities in Maiduguri, Borno State, have regained their freedom.

According to The Nation, they were freed in the early hours of Saturday.

The two journalists – Ahmed Idris and Ali Mustapha, who are Nigerians working for the international news channel, were in Maiduguri apparently to cover the presidential election held on March 28, 2015. However, they were picked up by the Nigerian Military, which claimed they were loitering with their cameras and other working tools in restricted areas without permission ‎of the security agencies.

As of the time of publishing this report, it is not clear who facilitated their release but there have been pressure on Nigeria government from within and outside the country ‎including Aljazeera, calling for the release of the detained journalists.

The Special Adviser to Gov. Kashim Shettima on Media, Mr. Isa Gusau, wrote on his facebook page that; “detained Aljazera journalists freed. Both men currently at Government Lodge Maiduguri.‎ Gov. Kashim asked that they be relocated to the hotel where they were confined. All is well”.