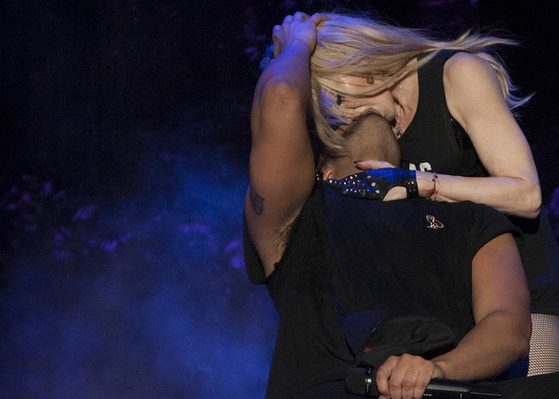 If I hear! Lol. Drake looked like he was about to throw up after Madonna grabbed his head and kiss*ed him on stage during a performance at Coachella on Sunday night. But now he’s saying people should not mistake the expression on his face as disgust. First, his people told TMZ that Madonna was only supposed to dance around him on stage and nothing more so he wasn’t expecting the kis*s and that it was the lipstick that made him react like that and not the kis*s. Many people didn’t believe him so he took to instagram to keep protesting…lol. He shared the photo above on his page and wrote;

“Don’t misinterpret my shock!! I got to make out with the queen Madonna and I feel �� about that forever. Thank you!” 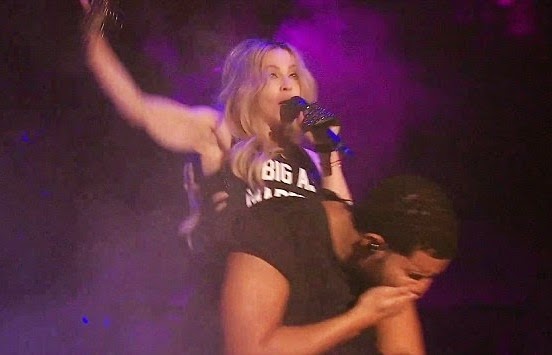