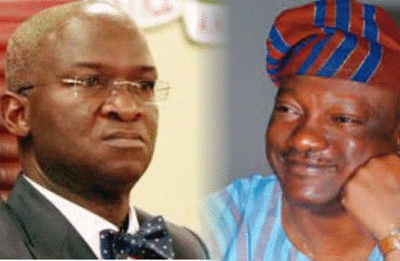 In a statement yesterday by the Director of Media and Publicity of the PDPPCO, Chief Femi Fani-Kayode, the organisation said that allegations by the All Progressive Congress (APC) that President Jonathan planned to rig today’s governorship election in Lagos in favour of the candidate of the PDP, Jimi Agbaje were far from the truth.

Fani- Kayode claimed that the APC was just panicking because it knows that Agbaje will win the election. He stressed that this was the first time in 16 years that the APC together with the opposition was facing a formidable challenge from a governorship candidate of the PDP.

“Once again the APC has degenerated into a party of liars who have little or no shame. It is not true that the President has any rigging plan for Lagos and neither do we need any such plan because our party is very strong there.

“The problem that the APC has and the reason that they make such asinine and stupid allegations is because they actually believe that they own Lagos state and all those that live there.

“They are now in a state of panic because for the first time in 16 years they are facing a formidable challenge and they know that Jimi Agbaje of the PDP is likely to win. The truth is that there was no secret meeting in which rigging was planned by the President and neither is it true that materials were smuggled in to rig Lagos state.

“The only people that are interested in rigging and in milking any cash cows are the APC themselves and they can rest assured that we will resist them at all levels. We will not only keep them on their toes at the Federal level by being eternally vigilant but we will also provide them with the most aggressive, relentless, focused and assertive opposition that Nigeria has ever known.

“President Jonathan simply conceded defeat in the Presidential election but this does not in any way mean that we have lost our nerve and neither does it represent a capitulation of our convictions or a collapse of our firm resolve.

“We shall continue to assist in moving this great country forward and to contribute to public discourse and national affairs.

“Jonathan conceded defeat and congratulated General Buhari even though there were many question marks about the card readers, the role of INEC and the so-called votes that APC allegedly won in Kano, Katsina, Jigawa, Kaduna and in one or two others places in the north.

“The figures for the APC were inflated in those states whilst the votes that Jonathan scored were purposely suppressed and reduced in places like Abia and other parts of the east by INEC. This is the bitter truth even though many people are reluctant to say it or admit it.

“Till today, many of us are wondering what really happened to the INEC commissioner in Kano and whether it is true that he and his whole family were murdered after he privately expressed his misgivings and regrets about inflating the figures for the APC during the presidential elections.

“Rather than spitting in Jonathan’s face and rejecting his friendly handshake by accusing him of plotting to rig Lagos, the APC should keep their mouths shut and bury their heads in shame for what they and their friends in INEC did during the presidential election.

“President Jonathan chose that course and opted for a peaceful resolution only out of concern for the stability of our country and for the sake of the welfare and peace of Nigeria.

“If he had done anything else or if he had protested the results of the election many innocent people, including our members and supporters, would have been slaughtered like flies all over the north and everyone knows this.

“Despite our peaceful and law-abiding disposition the APC should not mistake our gentility, our willingness to overlook their criminal behaviour and our readiness to let bygones be bygones as weakness.

“The truth is that even with all the rigging that they did in the presidential elections they only defeated us by 2 million votes. Their candidate got 14 million votes whilst ours got 12 million.

“They have also accused us of using ethnicity and religion in politics. This is absolute rubbish and it is a lie from the pit of hell. With what the Oba of Lagos said a few days ago we know which party is led by the ethnic and religious bigots in Nigerian politics and that party is not the PDP. It is the leadership of the APC and not the PDP that used religion and is still using religion in a shameful and provocative manner to garner votes and to win popular support in this country regardless of the dangerous consequences of doing so.

“We reject their sordid allegations and claims and we look forward to winning convincingly in Lagos, Rivers, Delta, Taraba and many other states in the April 11th elections.