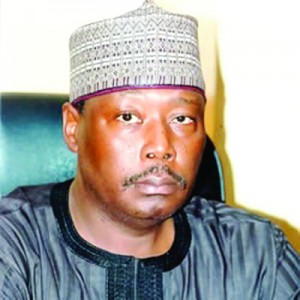 Mrs Awoniyi, wife of the deputy governor of Kogi State, Yomi Awoniyi, and three others escaped death on Saturday after an early morning explosion rocked her residence in Lagos.

The building located on HFB Way, at no 19B Dolphin Estate, Ikoyi area of Lagos, was said to have collapsed following the explosion, trapping the deputy governor’s wife and three others, while the driver who was outside washing cars was injured from the explosion.

An eyewitness told Thisday that the explosion rocked the nearby building to its foundation and was followed by the crumbling of blocks but no life was lost.

The four victims, who had sustained varying degrees of injuries, were reported to have been rushed to the hospital immediately they were evacuated from the rubble.

South-west Zonal Spokesperson of the National Emergency Management Agency (NEMA), Ibrahim Farinloye confirmed the incident. According to him, when the building collapsed, the first line of action was to ascertain if people were trapped underneath the rubble after which emergency services swung into action and were able to evacuate the four persons trapped there.

“Although no life was lost, the four injured persons have since been evacuated to St. Maria Hospital, Yaba, for proper treatment. Currently, the Police Anti-Bomb Squad and Police Disaster Management Unit are working on the site to get to the root of the explosion.

“Afterwards, the Lagos State Building Control Agency (LASBCA) will move in to determine the next level of action to take,” he added.