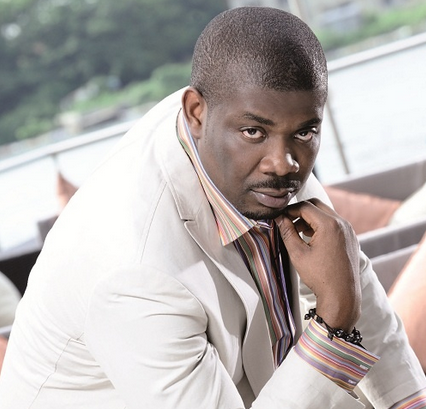 Music producer, Michael Collins popularly known as Don Jazzy, has raised a poser that the Oba of Lagos, Rilwan Akiolu, might be working for the emergence of the candidate of the PDP, Jimi Agbaje and was counting on the reactions of the Igbo population in the state to actualize his plan.

You may wish to know that the Oba and Jimi Agbaje are blood relations. Hence, the popular producer has also vowed not to join his kinsmen in insulting Oba Akiolu.

Don Jazzy took to his Twitter page, which boast of over one million followers to raise the poser: 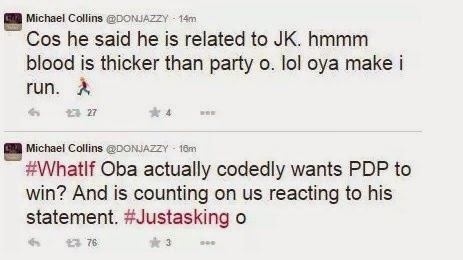 “#WhatIf Oba actually codedly wants PDP to win? And is counting on us reacting to his statement. #Justasking o. Cos he said he is related to JK. hmmm blood is thicker than party o. lol oya make i run.”

Don Jazzy was reacting to one of his followers, who challenged him for not rebuking the king.