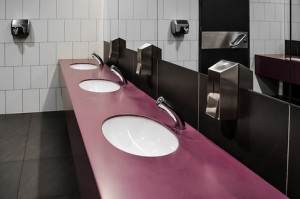 Shoppers at a supermarket freaked out after finding pieces of a human skull scattered in the public toilet, police in Japan said. Odd News Blog has more:

The Tokyo Police Department said that the fragments of the human skull were found at the supermarket located in the Nerima Ward neighborhood on Friday around 12:00 p.m. Shoppers alerted a store clerk who called police to report what appeared to be human bones in the toilet.

According to the police investigation, the skull fragments were of a body that had been cremated and only the bones of the jaw and cheeks were left. Police believe that the skull had been broken into many pieces during the cremation process and was later dumped in the supermarket toilet.

Police are looking to arrest the suspect behind the skull on charges of improper disposal of a body.