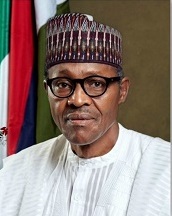 Ahead of the May 29 inauguration of the All Progressives Congress-led government in the country, the roadmap for the policy direction of the Muhammadu Buhari–led administration would be unveiled during a two-day policy dialogue holding in Abuja on Wednesday and Thursday.

The Policy dialogue themed: “Implementing Change: From Vision to Reality” is being organised by the Policy, Research and Strategy Directorate of the APC Presidential Campaign Council.

Speaking at a press briefing on Monday in Abuja, the Deputy Head of the Directorate and former Minister of Youth and Sports, Bolaji Abdullahi, said the President-elect would declare open the dialogue, which would be chaired by Vice President-elect, Prof. Yemi Osinbajo.

Former British Prime Minister, Tony Blair, was unveiled as the keynote speaker at the dialogue where input to the roadmap for the actualisation of the policies of the incoming administration would be made by experts drawn from different fields and members of the public.

Mr. Abdullahi identified the core areas of focus in the two-day dialogue to include the economy, governance, job creation and security in line with the APC manifesto for change.

Others include “Achieving Diversity and Inclusion in Public Life”; “Exploring Sports, Tourism and Creative Industry for Job Creation”; “Governance and Improved Efficiency in Public Service”; “Tackling Corruption in Public Sector” and “Foreign Policy and Agenda for Change”.

The programme, Mr. Abdullahi added, will also mark the winding down of activities of the Policy, Research and Strategy Directorate of the APC Campaign Council.