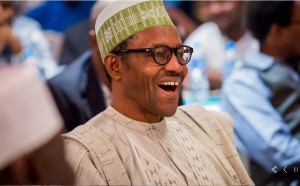 A general in the defunct Movement for the Emancipation of Niger Delta (MEND), Ateke Tom says he expects President-elect, Muhamadu Buhari to lead the country on the right path and provide quality leadership. He also allayed fears that some ex-Niger Delta militants might return to the creeks.

“I am sure he [Buhari] knows what to do, he knows what the country expect from him. He should give all Nigerians opportunity to contribute meaningfully to his government,” he told Vanguard in an interview.

“Let me just add that the Niger Delta still needs serious attention. He should develop the region. Later, we will tell him some of the things we expect him to give special attention to,” he adds.

The former militant leader also assured that peace will continue to reign in the Niger Delta. “I don’t see militancy coming back again in the region. Niger Delta will be very peaceful than what it was under President Jonathan.”

He noted that no one in the region has a reason to return to the creeks, hence, anybody who does so “should be treated as a common criminal. We don’t have any reason to resume militancy in the region. So there will be peace.”

Tom advised Buhari not to cancel the pipeline surveillance contracts awarded to individuals and groups recently by President Goodluck Jonathan, when he formally assumes office. “Those who got the job are taking care of the pipelines and are doing the job commendably. If he cancels it I don’t see who else can do it better. We hail from these places where the pipelines run through and so are very familiar with the terrain. He should allow us continue to render this service to the country.”

He also advised the president-elect to create jobs for people. “This will reduce crime. Job will keep them busy. When the youths are engaged their minds are busy. When they are idle they think of bad things sometimes. So jobs will help.”