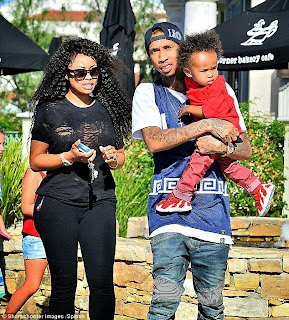 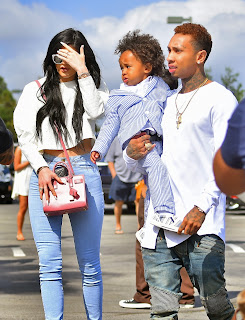 Blac Chyna says she has a problem with Tyga dating a minor and doesn’t want her near her son because Kylie, at 17, lacks maturity to handle a 2 year old and for that she’s gunning for full custody.

Tyga is about to do battle with his baby mama because we’ve learned Blac Chyna is now gunning for full custody of their son. Sources connected with Blac Chyna tell us she hired a top divorce lawyer last week and will file legal docs asking for primary physical custody. She does not want 2-year-old King Cairo bouncing from home to home during the week because he’s going to start preschool soon.

But Chyna’s issues run deeper. She has a problem with Tyga because he’s dating a minor, and she believes that shows bad judgment that translates into his parenting skills. Chyna also doesn’t want Kylie Jenner to have substantial time around the kid because she believes Kylie lacks maturity.

She’s willing to give Tyga weekend visitation, but that’s it.

We’ve learned when Tyga and Blac Chyna separated, he initially wanted full custody but backed off and said he would share joint custody, but now the tables have turned.