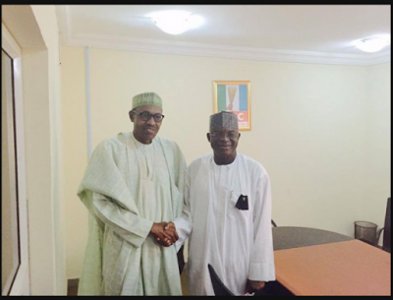 The outgoing Senate President, David Mark, has advised the President-elect, Gen. Muhammadu Buhari, to make the genuine reconciliation of all Nigerians his top priority.

He made the call on Friday at a thanksgiving Mass ahead of the end of the 7th Senate at St. Mulumba Catholic Chaplaincy, Apo in Abuja, according to a statement issued by his Chief Press Secretary, Paul Mumeh.

Mark said the call for genuine reconciliation became necessary so as to assuage the feelings of some aggrieved persons.

The senate president said, “What the nation need now is genuine reconciliation of all sections of the country and not otherwise”.

He noted that despite different political affiliations on which public officers were elected, “what must be paramount are service, welfare and security of Nigerians irrespective of ethnic, religious or political differences”.

He further stressed the need to address the insecurity situation especially in the Northeast geopolitical zone.

Mr. Mark advised public office seekers against desperation for power saying, “there is no need to be desperate for power, since power comes from God. Once we acknowledge this, we will not be at each other’s throat”.