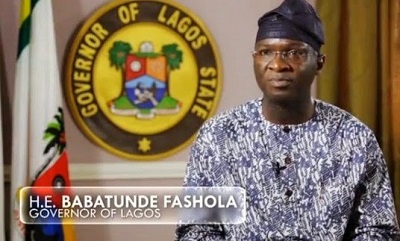 Governor Babatunde Fashola of Lagos State has warned that henceforth, the state government would no longer condone the practice of erecting buildings without certified building plans and layout in the state.

The governor, who read the riot act to erring residents while presenting Certificates of Occupancy (CofO) to 230 communities and families whose applications for excision were approved, said indiscriminate building only leads to creation of slums.

Fashola explained that the decision was based on a need to curb the practice whereby people would construct buildings haphazardly thereby leading to future problems such as drainage blockage, demolitions to give way for construction of public utilities, and sometimes prolonged litigation over ownership of land.

“Some of the problems that we saw in the early days of this administration, when we had one bad flood in 2007; was caused by people who were selling land because there was no plan. People were building their houses along the drainage path, where water should flow.

“That is why we are insisting now that for you to even get the C of O, after the survey and everything, you must give us a layout plan.

“Let us layout the road; we know where the drainage is, so that you don’t sell road and drainage as land for people to build on. Because what then happen is that you have created a slum. The land then does not have value.

“There is no different between your land and the land in Ikoyi. The difference is that while the Europeans were building they separated the road from the drains. That is what gives your land value.

“The layout plan will separate residential from business, separate religious land from residential so that there won’t be complaints that they did not let me sleep with their loudspeaker at night. First you need to take out the roads because all of us are going to need the road.

“But, what do we do, we first build a house, then we start looking for where to put road. That is why our roads are never straight and that is why sometimes when we want to build roads, we start demolishing houses again”, the governor explained.

Fashola added that it had become imperative for government to take a firm stand on the issue of excision of land because some families who owned land were in the habit of obtaining land as compensation, but would still come back to ask for compensation or encroach on government-owned land.

Most of the communities granted the excisions, alternative land compensation for acquired lands are in Ibeju-Lekki while the others are in Ikorodu, Badadry and Alimosho.