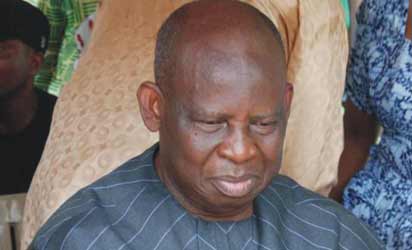 A former Health Minister and member of the Ime-obi (inner caucus) of Ohanaeze Ndigbo, Prof. ABC Nwosu, on Friday, faulted the comment attributed to a former Head of State, Gen. Yakubu Gowon (retd.) that the late Biafran warlord, Dim Chukwuemeka Odumegwu Ojukwu, underestimated him by thinking that he (Gowon) would not fight the Nigeria Civil War.

The former head of state had while speaking at the Diamond Jubilee Lecture of the Foursquare Gospel Church in Nigeria, Lagos, on Thursday, said that Ojukwu, who was then the governor of Eastern Region, thought his (Gowon’s) Christian disposition would allow the South-East to secede from Nigeria without consequences.

Gowon said, “During the crisis, my colleague and brother, Emeka Ojukwu, said, ‘we know Gen. Gowon, he is a Christian and he would not like to fight. Do you know the first thing he puts in his suitcase? His Bible; and that will make him not to engage in a fight’. I think unfortunately, he was proved wrong”.

Gowon’s comment is an attempt to demonise Ojukwu after his death, the ex-minister pointed out.

Nwosu said instead, it was Gowon that underestimated Ojukwu’s capacity to resist the federal troops for a long period of time.

He said, “I wish to express my growing concern over attempts to demonise Dim Chukwuemeka Odumegwu Ojukwu, who died more than three years ago.

“These posthumous comments on Ojukwu are, at best, ‘ungentlemanly’ and anti-Igbo culture.

“The latest comment by Gen. Yakubu Gowon that Ojukwu never imagined that he would go to war because he was a born-again Christian is appalling and naive.

“Did the General not also underestimate Ojukwu and Biafra?

“The book by Gen. Alabi-Isama tells a different story”.

Nwosu added that Gowon’s account of the Aburi Accord was also contrary to the views of Ndigbo and Ojukwu on the same subject.

He said, “Ndigbo worldwide share this concern of mine because earlier Gen. Gowon has given his opinion on the Aburi Accord, which differs completely from the opinion of Ndigbo and Ojukwu on the same Aburi Accord.

“There are always two sides to a story and fairness demands that the two sides should always be weighed side by side”.

Nwosu, therefore, urged Gowon and others who played key roles during the civil war to let the sleeping dog lie.