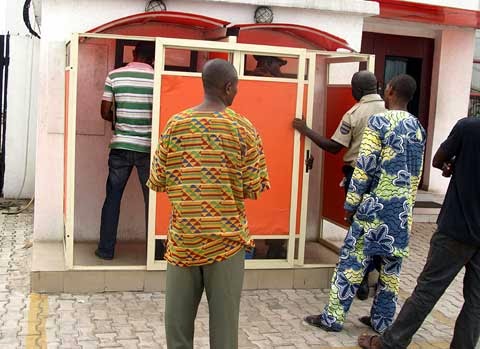 Maiduguri residents on Saturday appealed to the management of banks operating in the city to restock their Automated Teller Machines to allow more residents to access their money when in need.

The residents’ appeal followed a 24-hour curfew imposed on the state capital by the 7 Division of the Nigerian Army after Wednesday’s foiled Boko Haram attack.

They said most of the banks’ ATMs in the town were not dispensing cash to customers, a situation which they said exposed many to untold hardships.

A resident who lives in Bulumkutu area, Malam Shuaibu Bala, said “it is very unfortunate that almost all the banks had no money on their ATMs, which means we will have to wait until Monday.

“We have been forced to stay indoors for 48 hours and the entire foodstuff in the house have finished, I needed some money but no ATM is dispensing cash in this town”.

Mahmoud said, “Most socio-economic activities had been shut down completely due to the curfew, markets, shops, filling stations and banks are all closed, we cannot get money to buy anything”.

He then urged banks in the state to restock their ATMs to reduce the people’s hardship.

“The banks should please do something about this if they don’t want us to die of hunger”.

Meanwhile, the 7 Division of the Nigerian Army had on Saturday relaxed the curfew imposed on the state capital.

A statement issued by the Spokesman of the Army, Col. Tukur Gusau, stated that the curfew was now from 5pm to 8am until further notice.