How To Get A Song Out Of Your Head, According To Science 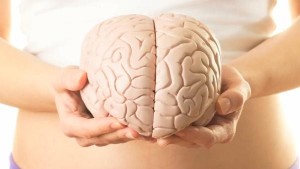 Researchers have been hard at work studying one of the world’s most pressing problems: how to get a song out of your head. You know the feeling. It might be a tune you heard earlier today, or it might be something from years ago that popped into your brain from nowhere. OK, it might not be a matter of life and death. But it’s annoying! Science even has a name for these repeating bits of music that only you can hear: earworms. They’re usually 15 to 20 seconds long, and they bother just about everybody at some point. Way Too Viral has more:

And now researchers think they know how to get rid of them. That simple action can help you stop thinking about a tune, researchers from the University of Reading found. They tested people using catchy songs such as Maroon 5’s “Payphone” and “Play Hard” by David Guetta featuring Flo Rida and Akon. (If you’re now hearing either of those tunes in your head, sorry. Maybe try some gum?)

Gum isn’t a complete cure, but it helps, the researchers said. “If you are trying to rid yourself of an unwanted tune, it is less likely to pop up involuntarily when chewing,” Philip Beaman, one of the study’s authors, told the Los Angeles Times. The study suggests that the chewing action interferes with some of the brain processes that make the songs appear. This is not the first time that scientists have looked at the problem of earworms.

Some earlier research found that working on tasks that are not too easy and not too hard is a good way to get a song out of your head, as the Telegraph reported. Examples of such “just right” tasks are reading a novel and doing a word puzzle. And the Independent reported recently on “the catchiest song of all time” — at least in the United Kingdom. It’s “Wannabe,” the 1996 hit by the Spice Girls.