I’ve Set A High Standard For Governance And Performance In Jigawa, Says Lamido 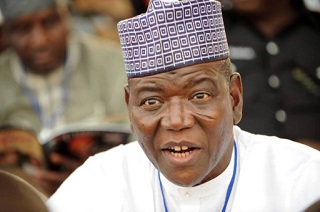 Outgoing Governor of Jigawa State, Alhaji Sule Lamido, yesterday said he had raised the bar of governance and performance in the state.

According to him, the incoming All Progressives Congress, APC, government to be led by Badaru Abubakar, had no choice but to sustain that standard if it must succeed.

Lamido spoke at the commissioning ceremony of the State Broadcasting Corporation building in Dutse, the state capital.

“When I was elected in 2007, I had a clear vision and mission of what I wanted to achieve. Looking at the landmarks in villages, towns and the state capital Dutse, I would say, all praise be to Allah that I am leaving Jigawa better than I met it.

“Jigawa has been rescued and I have set the standard. The incoming government must follow this standard. They must change their orientation because the Jigawa they held hostage, buried and drained before 2007 is different from the Jigawa of today. Never again will Jigawa be taken to the era before 2007. People of Jigawa are now enlightened and they know their rights”, he said.

Lamido called on people of the state to stand firm in prayers for the incoming government to succeed because if they fail, everyone will suffer.

He pointed out that the idea behind the establishment of the television and radio stations is to build a world class media outfit in the state.

Earlier, in his welcome address, the state commissioner for Information, Youth, Sport and Culture, Babandi Ibrahim Gumel, said the building housing the television, radio station as well as the equipment cost over N3 billion.

The guest of honour at the occasion, Governor Mukhtar Ramalan Yero of Kaduna State, in his remarks, said Lamido had left a legacy worthy of emulation by the incoming administration regardless of party differences, adding that the broadcasting corporation building is a pride to people of the state.