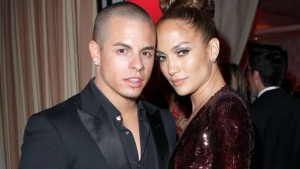 Famous Latino singer, Jennifer Lopez has gone back to her past to rediscover love again.

The Award winning music act made her ex boyfriend, Casper Smart her Man Crush Monday and does that mean they are back together?

The ‘American Idol’ judge posted a picture of her ex in a dapper suit writing: ‘‘#MCM@beaucaspersmart #lovethispic#HandsomeBear”

The couple broke up in June last year after Casper was rumored to have been secretly dating a transgender model.

Jlo claimed their split wasn’t on the bases on cheating but they had grown too busy to maintain a healthy relationship.

In January 2015, the couple allegedly reconciled even though they were hardly pictured together and both never confirmed.

So with Jlo’s new post, does it mean they back together?