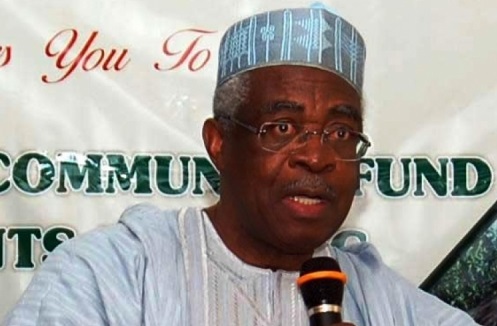 A former Minister of Defence and Chairman of Seplat Oil, Lt. General Theophilus Danjuma (retd) has condemned the frequent disgrace and humiliation of northern Christians out of public offices for no just cause.

He made the condemnation in Kaduna State on Saturday at the 64th graduation ceremony of students of Baptist Theological Seminary, Kaduna.

The retired military general, who was represented at the occasion by a Chieftain of the Peoples Democratic Party (PDP) from Kwara State,‎ Mr. John Dara, noted that Christians from the northern region have passed through delirious times both politically, socially and economically, adding that the way forward was for the people to unite and speak with ‘our voice’ to achieve progress and development in the zone.

The multi-billionaire, who was honoured with an award by the Seminary for his contribution to the growth and expansion of missionary works, called on the graduating students to be of good character and Ambassadors of peace wherever they may find themselves.

Also honoured with similar award on the occasion, was the immediate past Group Managing Director (GMD) of the Nigerian National Petroleum Corporation (NNPC), Engineer Andrew Yakubu.

Danjuma said, “This is not the best of times for Christians in the north, they have passed through delirious time in the last 16 years of our democratic process.

“Northern Christians are the most humiliated and undermined in the affairs of the country. We should not feel inferior, but superior so that we can take our rightful position in the kingdom of Nigeria since we are already in control of the kingdom of the church.

“We must therefore unite and speak with our voice, we must not shy away from our responsibility as Christians, and we must preach peace and say the truth. May the Seminary continue to grow from glory to glory”.

In his goodwill message, Engr. Yakubu charged the graduands to be of good behaviour in carrying out the work of God wherever they may find themselves