The Super Eagles, entirely made up of domestic football players,will on Tuesday,play a commemorative match to open a brand new stadium in Katsina,the Katsina State capital.

The new Karkanda Stadium in Katsina,which will be declared open on that day, has a capacity of 35,000 and an artificial playing turf,was only recently completed by the Katsina State Government under the administration of Governor Ibrahim Shema.

A Katsina selected side would face the Super Eagles in the ceremonial encounter scheduled to kickoff at 5pm in what is expected to be a very colourful and epoch making event. 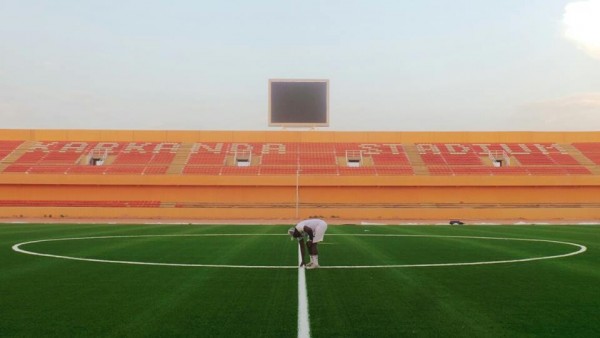 The Super Eagles,currently camped in Abuja for preparations ahead of the June 13 AFCON qualifiers against Chad in Kaduna,will leave for Katsina on Sunday through Kano,have a feel of the new pitch on Monday before playing the friendly on Tuesday.

They are expected back in Abuja on Wednesday.