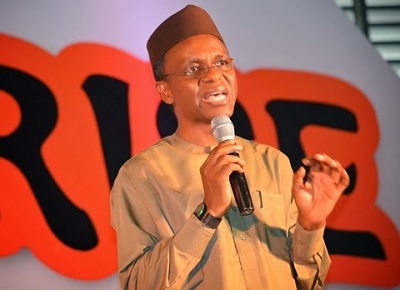 The Nigeria Labour Congress, NLC, has commended Governor of Kaduna state, Malam Nasir El-Rufai and his deputy, Mr. Barnabas Bala Bantex, for the 50 percent cut in their salaries and allowances and urged other political office holders to follow suit.

In a press statement signed by Issa Aremu, General Secretary, National Union of Textile & Garment Workers (NUTGTWN) and Deputy President of the Comrade Joe Ajaero-led faction of NLC, said that on behalf of the National Executive Council (NEC) of the union and the generality of our members, “we congratulate the Governor of Kaduna State, Mallam Ahmed Nasir El Rufai on his successful swearing in as the 22nd Governor of Kaduna State.

“We are particularly encouraged by the determination and commitment of Governor El Rufai and his Deputy, Mr. Barnabas Bala Bantex to lead by example by sacrificing 50 percent of their salaries and allowances until the fiscal situation of the State improves.  The crisis of compensation in Nigeria is made worse by the unacceptable gap between the prohibitive tax- free pay of legislators, Governors and political office holders on one hand and miserable pay of public civil servants”.

“Nigeria workers are among the least paid in the world based on either national currency or purchasing power parity, which adjusts the national currency wages for the differential cost of living of the relevant nations.