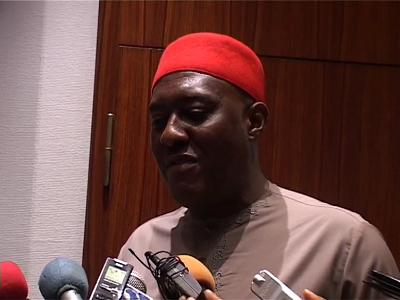 The Peoples Democratic Party on Wednesday disowned a group known as the PDP Media Watchdog, which called on President Muhammadu Buhari to resign.

The main opposition party said the group was not working within and in the interest of the PDP.

The group had in an earlier statement signed by its head, Mr. Tunde Lawal, called for Buhari’s resignation over comments attributed to the President that there was a limit to what he could do at the age of 72.

But a statement by the National Publicity Secretary of PDP, Mr. Olisa Metuh, said, “this group is absolutely unknown to the PDP and has no connection whatsoever with our party at any level, neither is the content of their statement a reflection of the position or stance of the party.

“For the avoidance of doubt, our great party has not authorized this group to use its name, acronym or logo to issue statements or make public pronouncements on any matter and we caution those behind them to henceforth desist from such immediately.

“The PDP therefore distances itself from the embarrassing statement by this group wherein it called on President Muhammadu Buhari to resign and went ahead to use offensive and denigrating language on the person and office of the President of our great country.

“This is completely unacceptable and against the posture of the PDP to engage only on robust and credible opposition while constructively offering alternatives to the programmes and policies of the APC-led government, preparatory to our return to power in the next four years.”

“We note with dismay that the attitude of this group is a direct consequence of the approach adopted by the APC in denigrating and insulting our immediate-past President, Dr. Goodluck Jonathan. Though we know that former President Jonathan suffered such fate in the hands of the APC, we shall not repay them in the same coin as such is not part of our tradition and value as a party”.