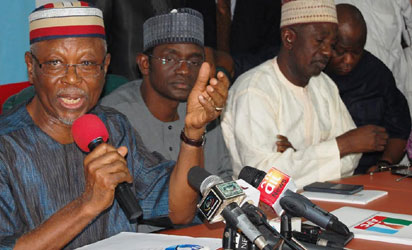 Some national dailies had reported yesterday that eight governors of the party had demanded the resignation of Mr. Oyegun over the lingering leadership crisis rocking the National Assembly.

But Shuaibu, in an interview with the BBC Hausa Service monitored in Abuja yesterday, said there was no such thing.

“I don’t know who asked the national chairman to resign, because the governors that visited him declared their support on the party’s position about the leadership of the National Assembly”, Shuaibu said.