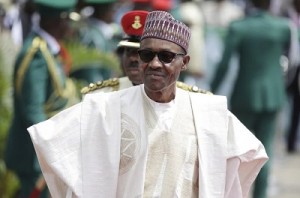 President Muhammadu Buhari today ordered the Chief of Defence Staff and the Inspector-General of police to dismantle all military check points nationwide, noting that internal security should be left to the police.

“The President has instructed the Chief of Defence Staff to get the Chief of Army Staff and the Inspector General of Police to remove all the military men along the roads across the country,” the News Agency of Nigeria (NAN) quoted Ismail to have told State House Correspondents while briefing them on the meeting.

Speaking further, he noted: “Nigerian armed forces are very ready, we have briefed him but one most interesting thing about it is that we are going out much happier because he has shown us he is still a soldier.

“He has updated and enriched our strategic plan and we are happy,” he added.

According to him, the relocation of the military command centre to Borno was also discussed.

“We have briefed him on how far we have reached on that; on that one again he has given us some additional assignments but very soon the centre will be on.

“I want to assure Nigerians that with what we have come out from this meeting we are very enthusiastic that the issue of Boko Haram will soon be over.

“I, as a permanent secretary, also feel like going to fight the war because he has given us hope and we have seen peace and security in the very near future,” he said.

Ismail also said that the Multi National Joint Task Force on Boko Haram had re-strategised to end terrorism in the sub-region.

“Now we have come as a united front.

“We have Chad, we have Cameroon; we have Benin; we have Niger.

“We have all re-strategised and come out with one strategy that we are going to use to address Boko Haram, unlike before,” he said.