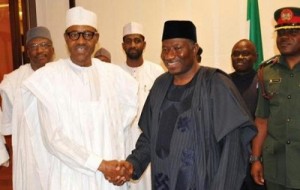 According to Suleiman, the former administration as at May 29 left behind $30 billion (N5.9 trillion), which would have even been higher had the governors not insisted on sharing the fund.

He therefore warned that the former President, Dr. Goodluck Jonathan, must not be smeared as a looter of the nation’s treasury before Nigerians.

President Muhammadu Buhari had while speaking to the State House Press Corps said his government met “virtually an empty treasury”, adding that it was a shame that it was a disgrace that Nigeria cannot pay salaries of its workforce.

Suleiman expressed dismay over President Buhari’s statement, describing it as “unscientific and unfair,” as Jonathan “left behind close to  $30 billion.”

“Government can’t tell us that there is no Excess Crude Account (ECA), Sovereign Wealth Fund (SWF) or are we saying the Federal Inland Revenue Service (FIRS) and related agencies had not in the last one month been generating revenue?

“Until they are able to prove they had no receipts from these government agencies in the last one month before Nigerians can now buy into Mr. President’s claims of an empty treasury.”