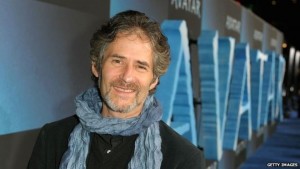 James Horner, the Hollywood composer who wrote the Oscar-winning score for Titanic, has died in a California plane crash aged 61. A trained pilot, he is reported to have been alone aboard a small private plane which crashed north of Santa Barbara on Monday morning. BBC reports:

The musician worked on three James Cameron films, as well as A Beautiful Mind, Braveheart, Troy and Apollo 13. He won one Oscar for the Titanic film score and another for its theme song. The musician shared his second Oscar with lyricist, Will Jennings for best original song, the hugely successful My Heart Will Go On, sung by Celine Dion.  Dion released a statement saying she was “deeply saddened” by the composer’s “tragic death”.

“He will always remain a great composer in our hearts. James played an important part in my career. We will miss him. We offer his family and friends our deepest sympathy.” Horner was nominated for a further eight Oscars, for scores and songs for the films Avatar, House of Sand and Fog, A Beautiful Mind, Apollo 13, Braveheart, Field of Dreams, An American Tail and Aliens.

He was also the composer for the two highest-grossing films of all time, Titanic ($1.76bn) and Avatar ($1.3bn) and is listed on the Internet Movie Database as having 95 soundtrack credits and 158 composer credits.

“My job is to make sure at every turn of the film it’s something the audience can feel with their heart,” Horner said in a 2009 interview with the Los Angeles Times. “When we lose a character, when somebody wins, when somebody loses, when someone disappears – at all times I’m keeping track, constantly, of what the heart is supposed to be feeling. That is my primary role.”