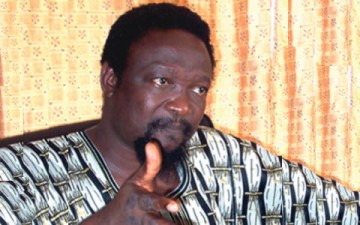 The three PDP supporters were killed in 2013 during the past administration of Governor Kayode Fayemi.

The PDP had vowed last year that the state government would use legal and constitutional means to ensure that Awe and the others were prosecuted for the alleged murder.

In a statement by its Publicity Secretary, Jackson Adebayo on Friday, the PDP said that “the blood of innocent people spilled in broad daylight must not be in vain”.

The statement added, “Justice must be done to prevent a situation whereby some people would believe that they could do anything and go away with it. The blood of Ekiti men and women shed by bloodthirsty individuals is crying for justice.

“The blood of Foluso Ogundare shed on November 3, 2013 in Emure-Ekiti is crying for justice and those indicted by the police over the matter must face the full weight of the law.

“Also, the blood of Ayo Jeje and Rebecca Adewumi, who were killed in Erijiyan-Ekiti on March 31, 2013 because they wanted to defect from the then Action Congress of Nigeria to the PDP is demanding for justice.

“The PDP takes exemption to a situation in which those quizzed and arraigned before courts were literally allowed to go home without the law taking its course.

“The era of impunity is gone and nobody is above the law. We are hereby calling on the state government and other relevant agencies to bring the culprits to book”.